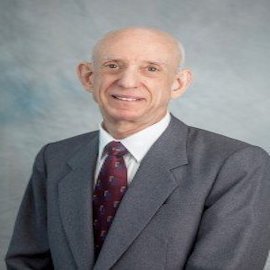 I was born and raised in Los Angeles. I went to Boston to attend college MIT where I received bachelors and masters degrees in electrical engineering. After graduating I returned to Los Angeles to work for TRW, a large aerospace company, where I designed communication systems for spacecraft. I relocated to San Diego for TRW in 1981 where I managed an engineering organization of 200 engineers designing communications systems for aircraft. I retired March 2000. I have lived in the same home in Del Mar for 39 years.

Since retiring I have been very active as a tutor. I have been a tutor at BLCI and the Preuss school for 20 years. I also was a tutor at the Malcolm X library for ten years where the students I tutored were latinos, Somalian immigrants and Afro-Americans. I tutor primarily in pre-calculus and calculus but I also tutor in other math subjects and physics and chemistry. The students are always very appreciative and it is very rewarding.

I have been and continue to be a significant supporter, both financially and a member of their board of directors and other committees of a number on charitable organizations whose focus is helping people in a variety of ways.

I was on the Board of Directors of the local Planned Parenthood affiliate for six years and Vice-Chair of the Board for the last two years when I was on the board. I have been on their Budget & Finance and Audit Committees since 2004 and on the Investment Sub-Committee for the last ten years.

Since 2004 I have been on the Board of Directors and a major financial supporter of Fronteras Unidas Pro Salud, a Mexican charitable organization, that provides medical and health related education services to the poorest people in Tijuana. I have been on the Preuss UCSD Academic Advisory Committee for about the last six years. I became a member of the BLCI Board of Directors in the spring of 2020.

One of my passions is travel. I have been to about 50 countries. I find it fascinating to experience different cultures and I particularly enjoy meeting and talking with people from all over the world. About 20 years ago I started to study Spanish. As part of my learning, I attended Spanish language schools in eight different cities in Mexico in for two to three weeks each and lived with Mexican families. It was an extremely rewarding experience. I can converse well with people but when people speak rapidly I have difficulty understanding. Whenever I travel to Latin American countries and Spain, which I have done many times, my ability to speak Spanish significantly adds to my enjoyment.